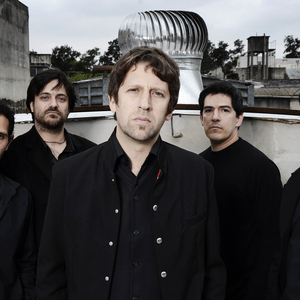 34 Puñaladas, the bloody roots of tango

34 Puñaladas was born in 1998, inaugurating a new generation of guitar quartet with singer. From the beginning their investigation of this forbidden and forgotten"genre" consisted of a unique repertoire, mostly tangos from the 20’s and 30`s, bringing to life a series of "politically incorrect" songs where drugs, dirty women, thieves and violence flourish. 34 Puñaladas "rescues" these traditional songs
and puts them on stage with their very own point of view and arrangements...