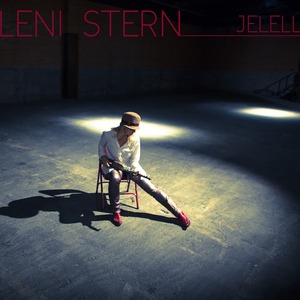 Over the course of her career, Leni Stern has established her guitar and vocal  abilities in jazz, rock, and folk while more recently drawing upon studies and collaborations from her international travels to such places as Kenya, India, Mali, Madagascar and Senegal.  Having been awarded the Gibson Guitar’s Female Jazz ...

Guitarist of the Year for five consecutive years, Ms. Stern has also been acknowledged for her songwriting talents by the International Songwriting Competition with an Honorable Mention in the world music category in 2009 and 2012.

In 2005 Ms. Stern traveled to northern Mali to participate in the Festival in the Desert.  It was here that she was introduced to master musicians Bassekou Kouyate and his wife singer Ami Sacko who later joined Ms. Stern in an UNESCO Global Alliance project at Salif Keita’s Bamako Studio, Moffou.  Immediately falling in love with the music, the people and the country, Ms. Stern would return to Mali for the better part of two years, fully immersing herself in the griot tradition.  Her 2007 EP “Alu Maye”, 2007 full-length “Africa”, and 2009 EP “Spirit in the Water” feature the collaborations she established during her studies and explorations to West Africa.  Critics embraced 'Africa' as "a significant new chapter in a career marked by bold changes,” and ALLMUSIC described it as "one of the finest CDs of the...year, in any genre." ‘Spirit In the Water’ was praised as “a glorious triumph,” and, in its wake, critics remarked that Stern’s eclectic career had emerged as “one of modern music’s great adventures.”  2010’s “Sa Belle Belle Ba”, recorded entirely on analog tape, is a complex, hard- hitting, funky, global rocker. Stripped of the past large-scale production and heavy overdubs, 2011’s 'Sabani' offered a musical journey into her more authentic acoustic African experience. In 2012, She found herself in Mali recording with her friends as Bamako froze in chaos and tension amidst a coup d’etat. “Smoke, No Fire” was the result.

Born in Munich, Germany Ms. Stern came to the States to attend Berklee College of Music where she studied film scoring and composition.  It was there that she began to hone her guitar skills, ultimately moving to New York City to start her first band with Paul Motian and Bill Frisell.  It was not long after that she established her own label Leni Stern Recordings, ensuring that she would retain full artistic control of her diverse projects.

The Washington Post: “Stern doesn't collaborate with the West Africans so much as commune with them, she never sounds out of her element, even when her pop and jazz sensibilities are most apparent.”

Downbeat Magazine: “The integration between Stern's music and the Mali musicians' mastery is nearly seamless.”

Jelell! This Wolof expression means something along the lines of “Take it!” or “Grab it!” or “Seize the moment,” but, like so many of the world’s great untranslatable words, carries a richer, deeper, contextual meaning. It’s that contextual core, that powerful frame of reference, that drives this album, Leni Stern’s 20th full-length release and her deepest foray into African music yet.

On Jelell (release date: Nov. 26th), German-born Berklee-educated guitarist and n’goni player Leni Stern’s African Trio is completed by world-renowned electric bassist Mamadou Ba, a pillar of the NY African music scene and long-time musical director for Harry Belafonte, and Alioune Faye, who lives in the Bronx but comes from a large Senegalese family of musicians. Also featured on the album, which was recorded in its entirety in Dakar, Senegal, is a sabar ensemble made up of Faye’s five percussionist brothers.

The complex but seemingly effortless rhythm patterns played out by this band of brothers provides the spine of the music, a polyrhythmic foundation stone from which Stern’s elegant, jazz-infused melodic improvisations can spring. This combination makes for a beat-heavy get-up-and-move album that is simultaneously profound and utterly danceable.

The songs on Jelell are topically diverse but all carry a fundamental theme of interconnectivity and the idea that life is, at its core, similar all around the world. Families, love, hunger, thirst, and even sport are touched upon and brought to life by the driving, rollicking rhythms of the band and Stern’s authentic, heartfelt songwriting, powerful vocals, and virtuosic playing.

“Baonaan” is a traditional rain invocation from Northern Senegal, given a contemporary, guitar-driven edge in this elegant reworking. Several years ago, during a period of painful and intense drought, Stern was invited by Baaba Maal to play a concert in the region to help raise awareness to the dire situation. “People were starving because all the livestock died. The rivers dried out and there were no fish.” She learned this song, which asks the Gods to send water, and made it her own, bringing in some English lyrics and her signature intricate guitar riffs. As of recently, the rains have, in fact, returned, but the region always remains at risk for further drought.

The late-night under-the-cover sussurations of children around the world, avoiding bedtime with whispers and giggles, is sweetly brought to life in “Light Out.” “This is the first African-inspired song that I ever composed,” says Stern. It’s a favorite among her African band members, she says, who sing it to their own children when it’s time to go to bed.

“How Many Times” has an unlikely origin, with the title springing from something that boxer Mike Tyson said in his Spike Lee HBO special, for which Stern was in the live audience. Tyson reiterated a phrase from his coach and trainer, told to him after a particularly intense fight which he won after being knocked down many times: “It doesn’t matter how many times you go down, all that matters is how many times you get back up.” This struck Stern as an important and powerful metaphor for life. “I just thought it was beautiful, and it left a real impression on me to see Mike Tyson say that.”

Cut to Senegal, where a traditional style of wrestling is the country’s most popular sport. Wrestlers are superstars, and during the matches themselves, they are accompanied by bands of drummers, sort of personal pep bands who provide a function that is ceremonial but crucial to the art of the sport. The Faye family, the percussionists who provide the rhythms on this record, are connected with a wrestler called Balla, one of the finest and most beloved of the wrestling champions.

Stern laughs as she tells the story of an afternoon rehearsal, where Alioune Faye kept pausing to watch Balla’s wrestling match on his phone. “Can’t you put down your phone and practice?” she asked. “No, I’m sorry, I can’t,” he replied. So she paused rehearsal indefinitely so the whole group could watch the wrestling, and she was struck by the power and intensity of the sport.  Things connected, and this song was born. “You’re going to become famous in Senegal,” Mamadou Ba told Stern, “writing a song about Balla.”

Though there’s tremendous temptation to call any mixing of two genres “fusion,” that term has come to imply something light -- a little of this and a little of that -- where Stern’s music is less about fusing and more about finding deeply-rooted cross-cultural commonalities and using them as touchpoints for expansion and inspiration, be it melodic, rhythmic, or lyrical.