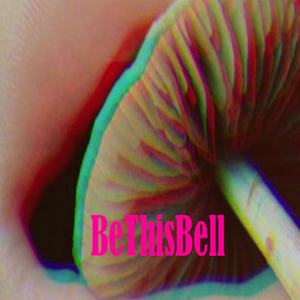 “I am the bastard love child of Janis Joplin & Jim Morrison, except that one day while Jimbo took a trip in the desert, Janis was in NYC banging Lou Reed. It's all a little fuzzy from there, ... and yes, I'm actually a girl! ... well, currently!” - Beth Isbell

Beth Isbell’s journey to become the psychedelic punk glam rocker she is today hasn’t - by any means - taken a traditional musician’s path to artistic fruition. Beth, born as a young boy named Bill in Columbus, GA, grew up in the US and Europe through school, college and law school as boy. Then as a man. And, now a woman. Now an accomplished musician with a library of diverse yet equally compelling recordings, Beth’s gift as a songwriter and infectious live performances mix elements of both genders, all while maintaining, at the core, a magical soul and mastery of craft capable of inspiring the hope within all of us to be who we truly are.

“Adversity challenges one’s true soul to emerge,” Beth often says. The struggle to overcome infects her lyrics, propelled by a resonant assault of musical textures that contrasts peace sought with the war in one’s mind. Beautiful, haunting at times, her music has the power to fill and teach souls. Beth’s powerful songs and performances are summed up by her personal haiku: "I live to create, fucking art for the masses. This bitch loves to rock!"

Beth’s musical journey began in the late 90s, after a divorce, as she was winding down her career as a civil rights attorney and beginning her journey to cross the gender divide. She fell in love with music, singing songs around campfires with talented songwriter and guitarist friends. Infused with these folk influences, the first country song she ever wrote, “The Good Woman Waltz” became the title cut of her first CD, originally released under the name Bill Isbell, and the #1 song in the Texas Top 40 for original songwriters. Simultaneously, she began furiously writing punk rock songs and released The Flying Lennys EP a punk-pop collection that featured a special guest appearance by one of her close friends, neighbor, and musical mentors, Jazz legend Joe McBride.

Living as a women in a man’s body was not an easy evolution; Beth was thrown out of clubs and banned from playing some of her favorite venues as her soul and body transitioned. But, she persevered. During this trying period, she focused on song writing and improving her performance skills (Beth describes herself “as a songwriter first, who loves to perform”) as the front person for Dallas psychedelic blues rock band - and underground critic darlings - The Dead Prophets. Beth’s prolific songwriting continued and she placed in several national songwriting competitions and went on to release a number of EPs spanning genres including coffee-house style folk rock and blues (“Live @ The Blue Moon”, “The Awakening”, “Aardvark” and “This Is The Blues!”).

Beth’s current sound can be described as a mix of an acoustic & electric Neil Young guitar assault and a David Bowie/Iggy Pop voice, which with a full band, blends passionate delivery & a Morrison/Joplin-era sound. Her latest release, “We Are The Gods!” - a psychedelic-grunge-punk-glam rock album schedule for Summer 2014 - features a full band line up and is produced by Trent Bell (Chainsaw Kittens).

If overcoming the struggle to be who you are in life and music had a name, it would Be This Bell.

BeThisBell's New Album "We Are The Gods!" Overcomes The Odds

BeThisBell's (aka BeTh isBell) latest solo release "We Are The Gods!" is pure psychedelic punk.  This is the sound of your brain going through high school, or college, or maybe just overcoming your despair and loss of hope, or maybe of an LGBT artist breaking free of societal expectations.  This album is the sound of all that, quite colorfully exploding in your headphones!

The sound is big, massive, in your face punk with a psychedelic edge. Lyrics that captivate your mind within the soundscape of some of the slower moving delay drenched tracks and make you question your sensibilities and societal norms in the ample staple of post-grunge punk on this album.  For those who are suffering from depression or loss of hope, this album is empowering, with some listeners even reporting back to the band the experience of listening to the album in it's entirety has been having an almost cathartic effect on them.

BeTh, who despite being femaie sounds male in these recordings, provides the vocals, rhythm & lead guitar work, and the main songwriting for the album, although she gave each of the musicians performing on the album and the producer, grammy award winning Trent Bell (Chainsaw Kittens), 5% of the songwriting of each song to thank them for their work in recording the album. The album features performances by Nick Ley of colourmusic (Memphis Industries) on drums, and Cody Fowler of Horse Thief (Bella Union) on bass, in addition to delay drenched guitar performances by Blaise Thompson of Drainbows and Justin Alan Hay. All of the songs on this album were written while BeTh was attending music college at ACM@UCO, a fully accredited program through the University of Central Oklahoma, and run by Scott Booker, the manager of the grammy-award winning Flaming Lips, which is where BeTh and the musicians performing on the album became friends, played shows together, and honed their chops.  The album was mastered by grammy-award winning Garrett Haines of Treelady Studios, located near Pittsburgh, PA.

The CD features 10 tracks for download, with Tracks 1-5 essentially comprising Side 1 of the album, and Tracks 6-10 making up Side 2 of the album:

The album, already signed to an 85/15 publishing contract with TRO Workshop Productions, Inc., and Essex Music Intl., Inc. (David Bowie's publisher), will be officially released on September 15, 2014 on iTunes, Amazon, CD Baby, and Bandcamp.  CD quality 16bit mp3 downloads of all tracks on the album will be FREE.  However, fans can help support the artist and encourage creation of more music by buying the physical CD for only $6.99, or by upgrading to purchase Specially Mastered for iTunes highest quality 24bit version mp3 downloads of the full album through iTunes upon release.  Additionally, pre-orders of the physical CD are currently available through CD Baby, or directly from the artist's Bandcamp website for only $5.00, through the album release date: https://bethisbell.bandcamp.com/

This is the artist's own descriptions of the songs appearing on the album, in the order they appear:

"1.  Ancestral Dance - truth is, I hate electronica.  My point really is that anyone, even me, can use a computer to create a cool beat, which is why I much prefer a band that can play their instruments cranking out rock & roll - as occurs in the rest of the album.  (This track is also 3/4 the volume of the next track Pathetic to coax listeners into turning the volume up!)

2.  Pathetic - these are things said to me, which I am, in this song, turning around.  It's an attempt to take my power back.  I'm saying STFU! to the voices of all those doubters and haters who tell you constantly you will never be good enough, & to the ones in my head.